We caught up with Briana to talk about her creative journey, from falling in love with screenwriting to breaking in.

I first became interested in storytelling when I took an "Intro to Screenwriting" course during undergrad. The goal was to have the first draft of a feature script completed by the end of the semester. The first week was spent coming up with concepts and deciding which one we wanted to develop. Each week we’d have to hit a certain number of pages and our professor would choose a writer to share their work. We’d have students in the class read dialogue and afterwards receive feedback from our peers. There were so many cool ideas and scripts circulating that it became the class I looked forward to the most. By the end of the semester, I knew it was what I wanted to do for a living.

After completing that first draft at the end of my screenwriting course, I revised that script for a while before deciding to start something new. Although my first script was a dystopian drama, I knew I wanted to write horror. I completed another feature titled Black Mourning and a few short scripts that I submitted to smaller competitions to see if I had something. After placing in a few of those, I moved on to bigger ones.

I began reading more scripts, both professional and from emerging writers. I spent a lot of time on screenwriting Reddit reading AMAs from industry professionals and learning the “do’s and don'ts.” After placing in some of the bigger competitions, I knew I still had more work to do and started exchanging scripts for feedback.

My biggest obstacle was feeling like I didn’t have industry connections and didn’t know the first thing about making them.

My biggest obstacle was feeling like I didn’t have industry connections and didn’t know the first thing about making them. How could I network when I wasn’t living anywhere close to California? I also wasn’t confident in my writing at all. I knew I had interesting ideas, but wasn’t sure if I was executing them well.

I realized I didn’t need to be in L.A. at that time, and looking back I definitely was not ready for it! Most of the people I’ve built connections with happened online. Instead of feeling insecure about my writing, I reminded myself that it brought me joy and my stories were something special I had created. I became comfortable knowing that not everyone would like my writing, but maybe somebody would. Of course I still have my days where I think, “This is the best thing I’ve ever written,” then five seconds later, “No, it’s not. It’s terrible.” I find comfort in knowing that’s normal.

I joined Coverfly in 2018 because I was excited about their platform. I was able to keep my scripts in one place, easily submit them to competitions, and track their progress. After one of my scripts made the BloodList 12: Fresh Blood Edition, my Coverfly score increased and landed me on their Red List. I was later contacted by Geoffroy Faugérolas from their development team about being selected for Coverfly’s Endorsed Writer Program. He wrote an amazing recommendation about my work before adding me to their newsletter. This led to me being signed with an amazing manager!

Comparing your journey to others is a recipe for disaster.

I’m currently revising a couple of scripts that will be sent out soon and also working on a new horror pilot I’m excited about. The dream would be selling a project!

Be patient and believe in yourself. Everything won’t happen as fast as you want it to. You’ll stress yourself out feeling like you should be at a certain stage by a certain age. Comparing your journey to others is a recipe for disaster. Just focus on your writing and getting your work out there. Don’t forget to have fun!

I would love to have a general with either Blumhouse or New Line Cinema. The films they produce always send me RUNNING to the theater. 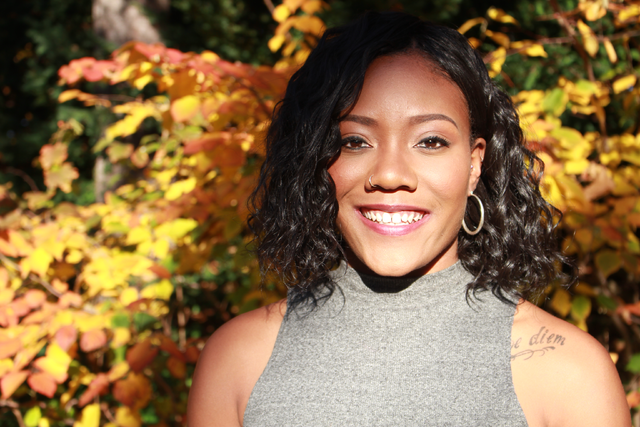 "Coverfly wrote an amazing recommendation about my work before adding me to their newsletter. This led to me being signed with an amazing manager!"